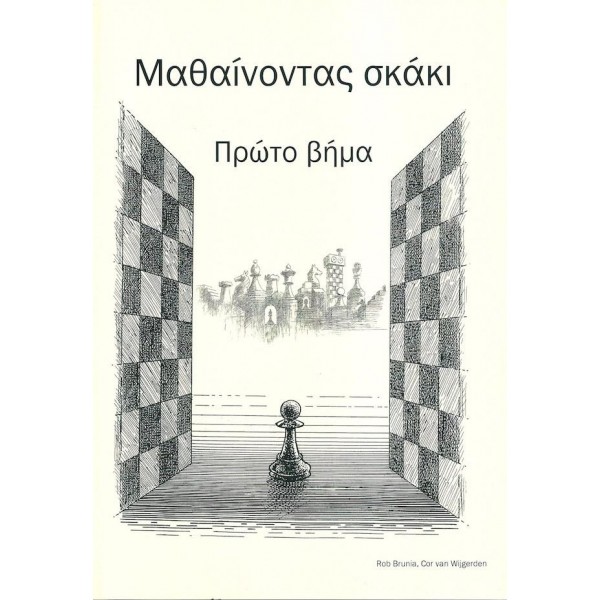 “Most tactics and training books are good for boosting your calculation ability, but they do not teach you how to calculate. This is the difference I want to make with my own books, by arranging the exercises in different categories so that the thinking process more closely resembles the one we have during a game.” ~ GM Romain Edouard

In 2017, Romain Edouard launched a brand new series of exercise books, Chess Calculation Training. The series became one of the most popular tactics books amongst advanced players. This new series, Chess Calculation Training for Kids and Club Players, is based on the same model, but aimed at players of a more modest level. In this first volume, you can enjoy 276 chess problems, which arose in real games, and you should checkmate your opponent! The book is divided into eight chapters, starting with basic mates in two, and the difficulty of the exercises increases as you go through the book. It is a fantastic training tool for anyone wanting to improve his tactical skills quickly, and not miss any opportunity to end the game with a glorious checkmate!

Romain Edouard, with a highest rating of 2702, has been part of the French national team since 2011. As a teenager, he won the gold medal in the European U16 Championship in 2006, and silver medals in the European and World U18 Championships in 2007. Since becoming a GM at only 18, he has won numerous international events, including the 2012 Al Ain Open, the 2014 Dubai Open, the 2015 World Open (joint winner) and the 2015 Championship of French-speaking Countries in Montreal. Having already written four books, Romain has earned the reputation of being an outstanding author. He is also a columnist whose articles appear regularly in the world’s best chess publications such as the American Chess Magazine, ChessBase, Europe Echecs and the Swiss Chess Review.