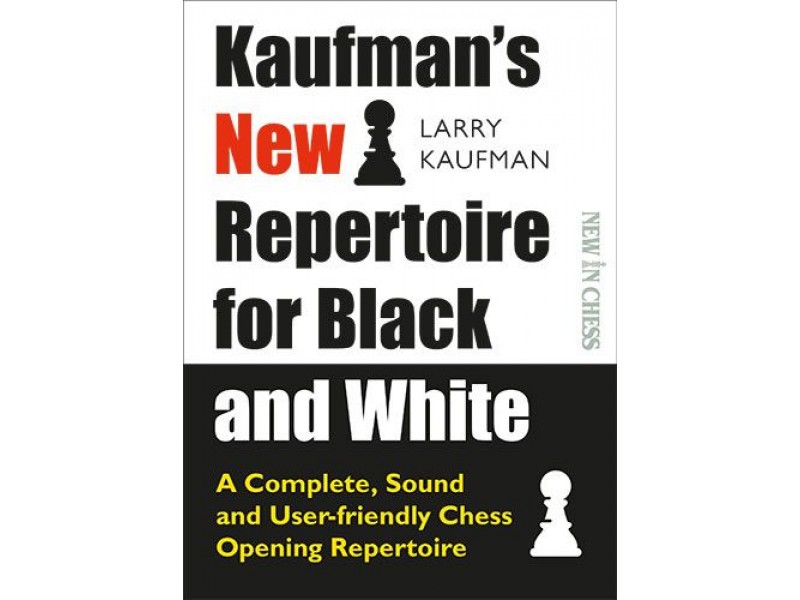 Seven years after his acclaimed and bestselling The Kaufman Repertoire for Black and White, Grandmaster Larry Kaufman is back with his new repertoire book, covering the entire scope of chess openings for both White and Black, in one volume.Two important developments made this new book necessary. Larry Kaufman, who himself routinely plays the lines he advocates to others, discovered that after 1.d4 (the recommendation in his previous book) it became nearly impossible to show a consistent advantage for White, especially against the Grünfeld and Nimzo/Ragozin defenses. The other factor was that chess engines have become so much stronger.Larry Kaufman presents a completely new White repertoire with 1.e4 aiming for an objective advantage in the simplest practical manner. You are presented with two options, while you don’t have to play the sharpest lines. The Black repertoire has been thoroughly revised and updated, and three new chapters have been added.

Kaufman’s New Repertoire for Black and White is the first opening book that is primarily based on Monte Carlo search. The highly original analysis has resulted in loads of improvements on existing theory. This is a lucidly explained, ready-to-go and easy-to-digest repertoire with sound, practical lines that do not outdate rapidly and are suitable for masters while perfectly accessible for amateurs.Larry Kaufman is an American Grandmaster. He has been involved in computer chess since 1967, when he worked on ‘MacHack’, the first computer that competed in tournaments with human players. More recently he has been working on the programs Rybka and Komodo.“It is fascinating to see which opening lines a GM and computer expert, using the latest neural network and hybrid chess engines, selects. These engines are changing the evaluation of many chess positions and have led to many new discoveries.”-- National Master Han Schut, Chess.com

“His panoply of weapons is more varied than in most repertoires, as his suggestions cater for wide-ranging tastes. So, for example, when he has three ideas in an opening, one is typically an SOS-style bag of tricks, another is aiming for a nagging edge which is unpleasant to meet, whereas the third one is typically what the big guys have been playing recently. There is so much in here, everyone will find something to appeal to their opening tastes for Black or White or both!”-- Grandmaster Glenn Flear, Yearbook 134