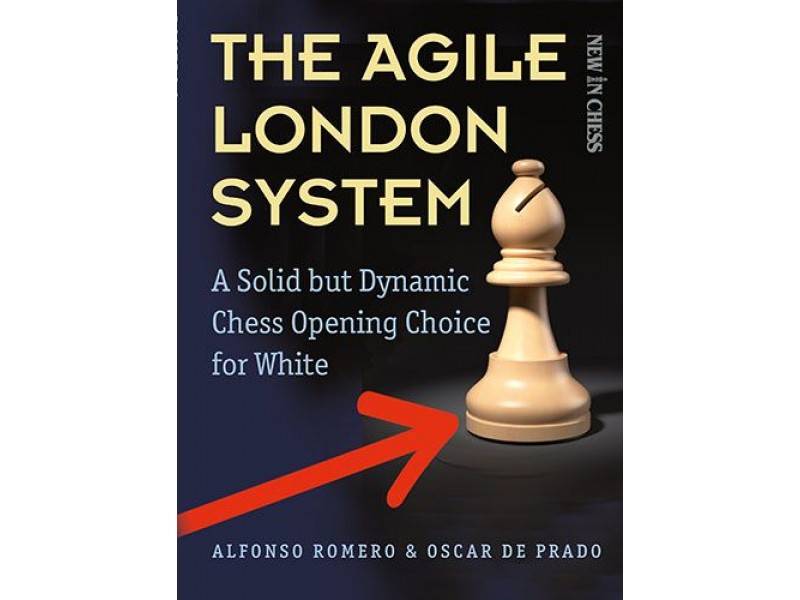 It is not difficult to understand why the London System is such a popular chess opening with club players all over the world. Against virtually every Black defence after 1.d4 it offers White an easy-to-learn and reliable set of lines with interesting choices between strategic or more aggressive approaches, while avoiding tons of opening theory.

In this light it is surprising that so little has been published about this fascinating universal weapon. GM Alfonso Romero and FM Oscar de Prado have now filled this gap. In The Agile London System they present both historical material and recent top-level examples to provide a comprehensive overview.

The authors reveal the secrets behind sharp ideas such as the Barry Attack and the Jobava Attack and have added an exciting chapter on the hyper-aggressive Pereyra Attack, developed by the Argentinean master Manuel Pereyra Puebla.

Alfonso Romero Holmes (1965) is a Grandmaster from Spain. In 1985 he finished second in the European Junior Championship, and in 1987 he won the Spanish championship. He is an acclaimed author of chess books, such as 'The Ultimate Chess Strategy Book'. Oscar de Prado Rodriguez (1973) is a FIDE Master from Spain. He has successfully been playing the London System for many years.