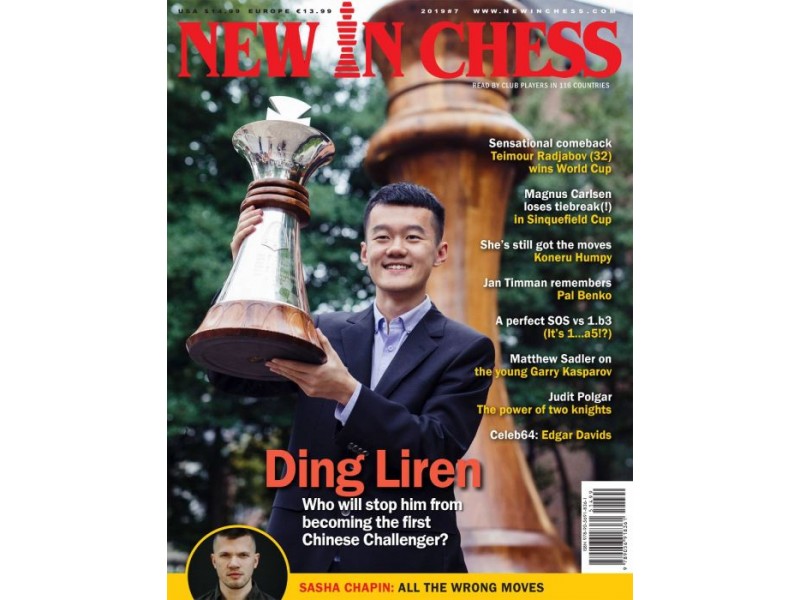 A painting by a follower of Caravaggio stirred up thoughts about the miraculous vitality of the Giuoco Piano.

Viktorija Cmilyte-Nielsen is another chess player having a political career, but being in politics doesn’t ­necessarily make you a good chess player, as Dominic Cummings proved.

The President of the ECF has his say on the Argentine chess activities on the Falklands. And the Secretary General of the CCF adds a footnote to the recent Grand Chess Tour leg in Zagreb.

In Khanty-Mansiysk, Teimour Radjabov reached an unexpected new peak in his long career as he beat top-seed Ding Liren in the final of the World Cup. Not only did he win the $110,000 first prize, the Azeri GM also qualified for the Candidates Tournament.

36 All the right words

With a spectacular resurrection Magnus Carlsen had won his last two games in the Sinquefield Cup to draw level with the leader, Ding Liren. And now his specialty, a rapid and blitz tiebreaker, was to decide on the title. A rude awakening followed.

If the queen strays too far from home, the king may feel lonely and insufficiently protected.

74 Humpy still got the moves

Koneru Humpy crowned her return to competitive chess with a sensational win at the Women’s GP in Skolkovo that rocketed her back to third place in the world rankings.

As if we didn’t know already, the Queen of Chess loves knights.

Maxim Dlugy looks at common mistakes in blitz and how they can be prevented – and how that would help your classical game as well.

94 An old lion passes away

Our reviewer on a book about the early years of the 13th World Champion. What a player, what a talent! And more, of course.

105 They are The champions

What is the best game Almira ­Skripchenko ever played?