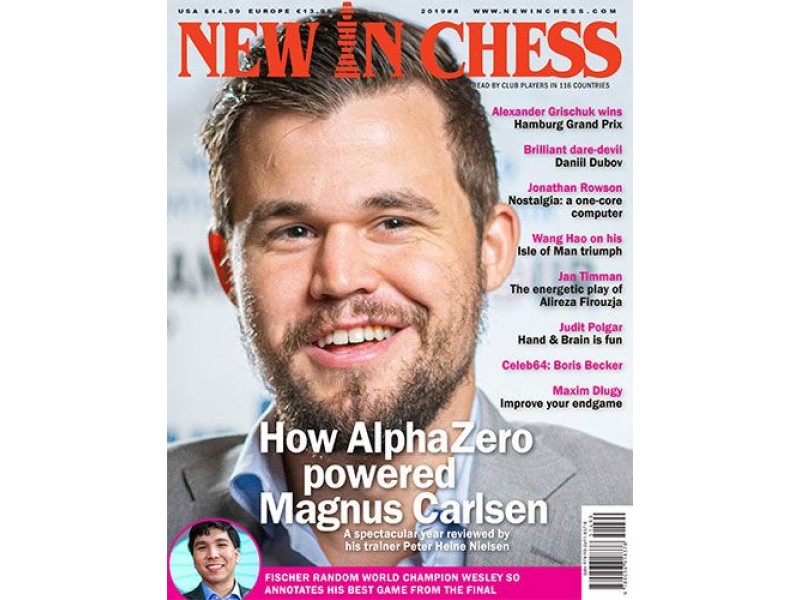 Rani Hamid (75) is the women’s champ of Bangladesh for the 20th time.

105 They Are The Champions

The second volume of Gata Kamsky’s games collection, a forgotten player from Odessa and more.

Jan Timman makes no secret of his enthusiasm about the talent of 16-year-old Alireza Firouzja from Iran.

A remarkable idea to go for an early endgame against the Caro-Kann.

The Russian has many fans, including Magnus Carlsen. You can see why from his lively notes to a brilliant win at the European Team Championships (where he took gold with Russia).

An excerpt from Jonathan Rowson’s new book. It’s (also) about chess, but it’s not a chess book.

66 The Moves that Matter

Wesley So became the first official Fischer Random World Champion. In Oslo, he shocked the local fans by trouncing hot favourite Magnus Carlsen in the final.

A frank conversation with the second Chinese Candidate.

Even Magnus Carlsen and Fabiano Caruana had to bow to an impressive Wang Hao, who, at the age of 30, played the tournament of his life.

Alexander Grischuk has excellent chances to claim a spot in the Candidates after his win in the Hamburg GP.

Magnus Carlsen’s second Peter Heine Nielsen looks back on a wonderful year for the World Champion and the role AlphaZero played in his successes.

The son of a former World Championship Candidate draws our attention to achievements of his father that also deserve attention.

Gérard Depardieu co-stars in a film based on the true story of a young refugee who turns out to be a chess prodigy.

At the majestic Hôtel de Paris in Monaco, the ECU started a new tradition.