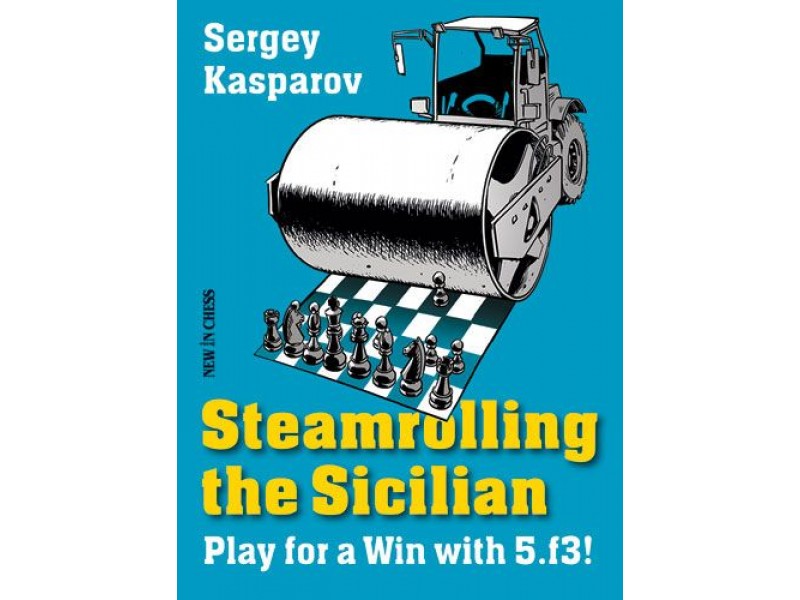 Are you looking for a way to outwit theory-sharks in the Open Sicilian? Then this may just be the book for you. The concept is simple: surprise your opponent with 5.f3, build up a strong pawn centre, avoid all of Black’s main lines and steamroll his Sicilian!

Experienced grandmaster Sergey Kasparov presents a complete repertoire for White which has all the right features for ambitious and creative chess players:

• in a widely played opening

• with lots of opportunities to unbalance your opponent

• offering a wealth of novelties and new ideas

Sergey Kasparov has made a thorough and detailed study of this variation, which he himself has played for many years. He presents all the ins and outs in his usual lively and instructive style: both Black’s solid and sharp replies, and also the attempt to avoid 5.f3 by an early 3...Nf6!?.

International Grandmaster Sergey Kasparov (1968) was born in Baku, Azerbaijan, and now lives in Belarus. He has won many tournaments throughout the world and is a renowned chess opening expert.

"A book for players who like to slowly torture their opponents (..) A first-rate system, treated in a first-rate book."

"The book is light and easy-going (..) The author emphasizes the pragmatic nature of the proposed repertoire: less to learn, avoiding 'pet lines', strategically sound, and so on (..) An original book, both in terms of the subject matter and SK's personal touch."

Steamrolling the Sicilian , Play for a Win with 5.f3! - Συγγραφέας: Sergey Kasparov