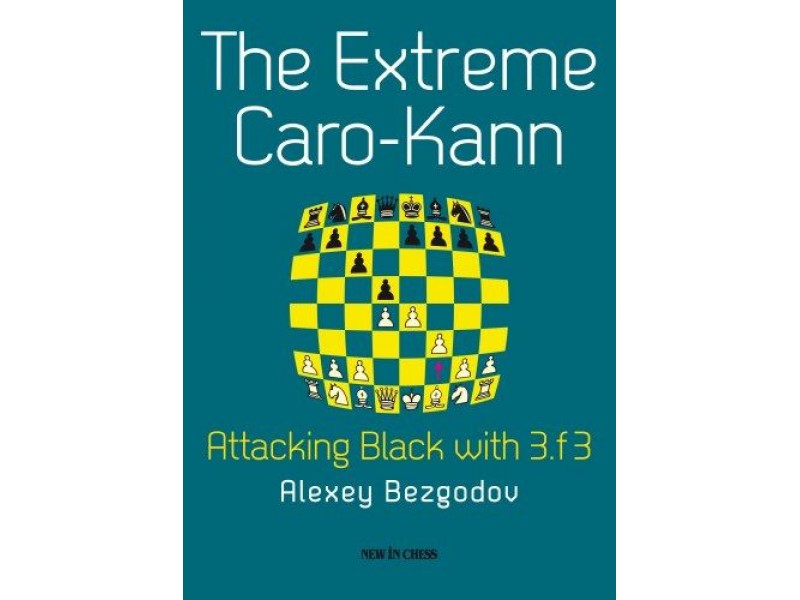 The Caro-Kann Defence has become one of the most important and popular replies to 1.e4. Its ‘solid’ and ‘drawish’ reputation no longer applies in modern chess. In fact, White could do with some new ideas to fight for an advantage in this chess opening.

This strange-looking move was already played by former greats Geza Maroczy and World Champion Vassily Smyslov, but the idea has come to fruition in the hands of modern world-class players like Vassily Ivanchuk, Alexander Morozevich and Judit Polgar.

The move 3.f3!? considerably complicates life for Caro-Kann players, as it makes Black’s main problem bigger: the development of his bishop on c8.

White’s chances to obtain an advantage are substantial, as Bezgodov shows in this fascinating new chapter in modern chess opening theory, packed with new resources, original analysis, clear explanations and dozens of tests.

Alexey Bezgodov (1969) is a Russian chess grandmaster and writer. He was Russian Champion in 1993 and came shared first in the 1999 Ukrainian Championship. In 2004 he published Challenging the Sicilian with 2.a3!?, another highly original chess opening book