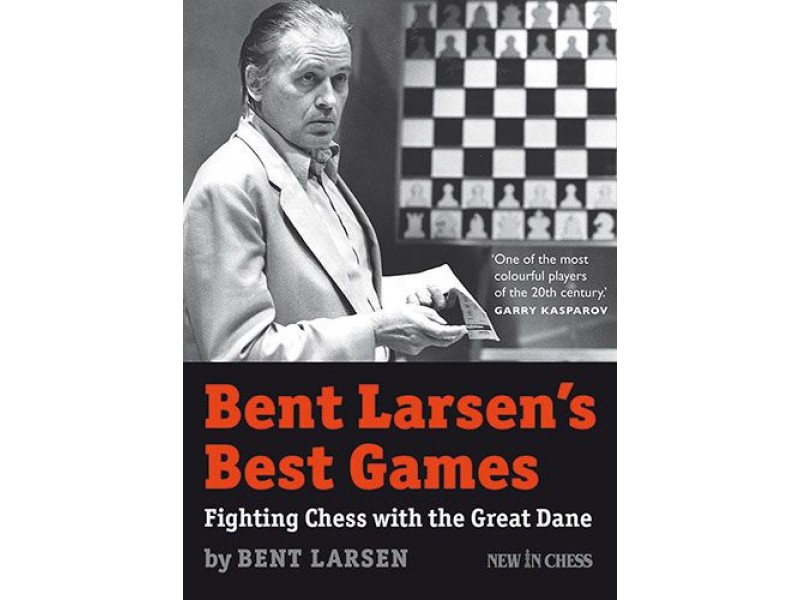 Bent Larsen (1935-2010) was one of the greatest fighters chess has ever seen. In his rich career the great Dane defeated all World Champions from Botvinnik to Karpov and he became one of the most successful tournament players of his time.

Bent Larsen's uncompromising style and his unorthodox thinking made him popular with chess players all around the globe.

In 1967/1968 Larsen won five international elite events in a row, a truly spectacular achievement. His successes were such that Bobby Fischer let him play first board in the legendary Soviet Union vs. the World match in Belgrade in 1970.

Bent Larsen also was a highly original chess writer and an extremely productive chess journalist. Not surprisingly the first chess book that Magnus Carlsen ever studied was written by the strongest Scandinavian player before him.

This collection brings together more than 120 of Bent Larsen’s games, selected and annotated by himself. His comments are lucid, to the point, often humorous and always instructive. Together, these games are a tribute to his genius  and a continuous joy to read and play through.

“One of the most colorful players of the 20th century.”

“One of the best books in the entire history of chess. A masterpiece.”

"I have long wanted to have a collection of Larsen’s games in algebraic notation. Unfortunately, the previous books were all in descriptive. Larsen’s writing style is very pleasant, and accessible to the widest range of players (..) He shares many nice anecdotes and compelling insights."