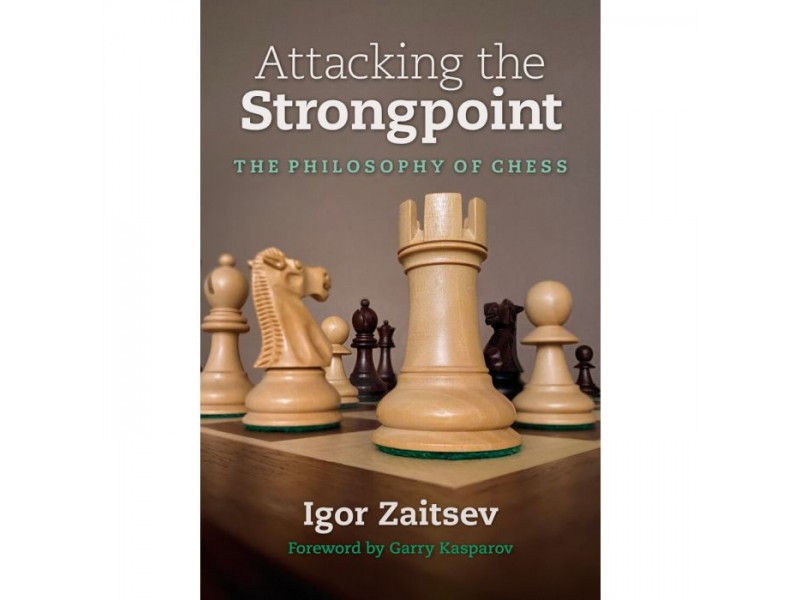 Grandmaster Igor Zaitsev ranks as one of the most creative chess minds ever in the history of the royal game. This is his book of secrets and methods, his remarkable life’s work.

Zaitsev unearthed astonishing ideas which even giants of the game had overlooked. World champions Tigran Petrosian and Anatoly Karpov insisted on Zaitsev’s analytical help in their matches, wanting to be first to play his profound discoveries, such as the famous Zaitsev Variation of the Ruy Lopez.

Zaitsev was himself a tournament champion. With his sharp, combinative style, he won dozens of “Most Beautiful Game” awards. Many of these games provide context for his lessons.

But Zaitsev is even more than a renowned coach and competitor. Part analyst, part champion, part chess philosopher, and part chess poet, he reveals the underlying logic and beauty of chess in a way no one else has ever done.

In his eye-opening title chapter, “Attacking the Strongpoint,” Zaitsev makes explicitly clear a common strategic element never formalized until this book. Often overlooked by amateurs and even GMs, the idea can lead to winning tactics in many games!

Learning from the Cycle of Chess Epochs

The Role of Reason and Judgment

The Chess Law of Conservation of Energy

As you read Zaitsev, you’ll often find yourself thinking, “Ah, now I get it!”

The volume is topped off by supplemental games, a complete autobiography by Zaitsev, a special foreword by world champion Garry Kasparov, as well as tributes and memories from world champion Anatoly Karpov and famed coach Mark Dvoretsky.

Russian grandmaster Igor Zaitsev is a legendary coach and trainer. He was specifically chosen by world champions Tigran Petrosian and Anatoly Karpov to help guide them on their journey to the top. Zaitsev is one of the most creative opening theoreticians of all time, leaving his brilliant stamp on the Ruy Lopez, the English, the Caro-Kann, to name but a few. Although he has contributed dozens of articles during his illustrious career, this is the first book he has ever written.

Attacking the Strongpoint, The Philosophy of Chess