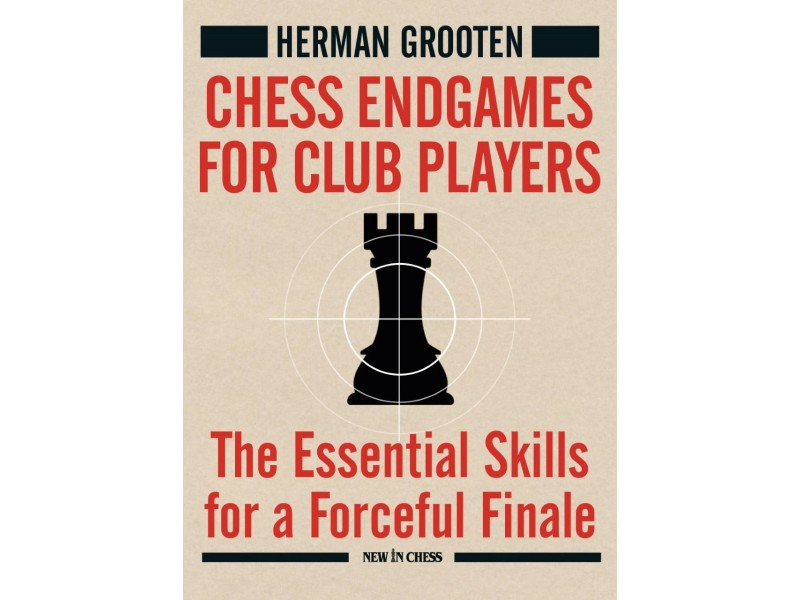 Any good chess coach will tell you to study the endgame. Improving your knowledge of the ‘third phase’ in a chess game will bring you many extra half or even full points.

After the success of his award-winning classics, Chess Strategy for Club Players and Attacking Chess for Club Players Herman Grooten has now written an equally instructive endgame manual. He teaches you how to understand the themes of an endgame, and find the right moves based on your understanding.

International Master Herman Grooten learned about endgames the hard way, as many good players have. Early in his career, he realized there was a lot to be gained in this undervalued part of the game. Building on his experience as a player and coach, Grooten takes an original approach to convey his message: the endgames are divided according to theme, not chess material. This is a novel, but very effective way to learn the ins and outs, since many themes can occur with different material balances.

The material is richly illustrated with many examples from practical play, as well as endgame studies, which present the motifs in their purest and most attractive form. The result is a lively and highly instructive guide to the endgame.

Herman Grooten is an International Master and a chess coach with over forty years of experience. Several of his pupils, including Loek van Wely, have gone on to become masters and grandmasters. For New In Chess he wrote two best-selling books: Chess Strategy for Club Players (2009) and Attacking Chess for Club Players (2016).